I hardly ever read my Stats anymore, I mean come on, when I don’t post as often as I used to what do I expect. It long ceased being about the views etc for me, as I’ve said many times before, it’s now all about the community.

I’ve been absent on and off a lot this year, Here There Be Spiders touched loosely on this in  one of her comments to me saying “I know when I get overwhelmed the blog is one of the first things to suffer – but when I do post, it helps so much!” She is 100% correct in what she says, I am exactly the same way, it’s just one more thing to have to deal with, so it gets pushed to the bottom of the list.

The other night I was wrought with anxiety, so much so it was making me feel sick, what can I say, it’s a been a rocky few weeks in the Eejit household, with more to come. One thing I am learning about Dementia is that it cannot be trusted, it’s a sneaky little fecker. Never, ever think that your day is going ok, because when you do and your guard is down, the little git sucker punches you. Anyway, back to my story. I paced the train platform, finally boarding when it arrived, and sat down for the beginning of my journey home. I flicked up the reader, something I hadn’t done in a while. With every post I read I felt my anxiety lift just a little, because reading about the goings on of everyone else took my mind off my own. I realised then how much I missed it, the blogging, the interaction, everything, it was like someone had give me a hug.

So I know you think I’m getting off course here, seeing as how I started this post about my blogs Statistical endeavors. I, like everyone else received the WordPress e-mail about my progress in 2015. Out of everything, the only thing that stood out to me was the fact that I had only written 88 posts throughout the whole of the year. To me, that’s a clear indication of my dwindling free time.

Here’s how it stacks up:

2015 – 88 – That’s shocking, although perhaps I can console myself with the fact that it was more about quality than quantity? That’s my excuse anyway.

I’m still not going to make resolutions, seriously, I suck at those, but I know for certain I’m going to try really hard to write more than 88 posts this year. I’m going to be really forward thinking and try for 89, anything after that is a bonus!

As usual I am making no promises, I have long ago given up trying to figure out what this life has in store for me. I just have to keep on keeping on like everyone else.

I’ll keep being me if you promise to keep being you. ‘Stats’ all anyone can ask of us :) 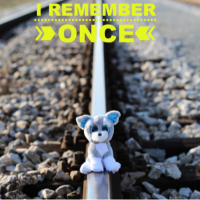 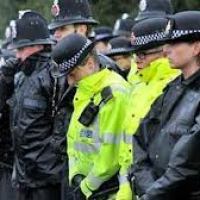