For a while now I have been reading ‘open letters’ penned by various people throughout the blogging community. I have to hold my hands up and say I was not entirely sure what an open letter was, as in how did it vary from an ordinary letter. So I did what I always do in times of crisis, I Googled it.

“An Open Letter is a letter that is intended to be read by a wide audience, or a letter intended for an individual, but that is nonetheless widely distributed intentionally.”

Oh. So that’s the difference. You learn something new everyday.

So here’s mine, cos I don’t have the balls to send it:

Dear Rulers of the Railways,

For almost 26 years now I have been availing of the use of your services to enable me to get back and forward to Technical College in the old days, and now work.

There have been many changes in this time, most recently the biggest being the change to the actual trains themselves. I have to say, being a seasoned traveller I do sort of miss the old ones with the pull down window doors, they were great fun in the 3 days of summer we had every year. It was like travelling in a convertible, the wind blowing through your hair. It was even better when the widows were open, cos then it was like a wind tunnel. It wasn’t however so funny when the train stopped and you couldn’t get the damn things open, missing your stop.

There is no doubt though that the new ones are by and large nothing short of brilliant. I have to give you credit where credit is due, you excelled yourselves on this occasion. Free WiFi, another stroke of genius, clever idea that to play the technology trump card, it wins every time.

I can’t even complain about your staff, they are usually friendly and helpful. A few of them even excel at Customer Service. You should be proud of them and not take them for granted. They do exceptional work in sometimes shitty circumstances. It takes a special kind of person to be able to absorb the abuse being hurled by angry and irate passengers when trains are delayed.

Train delays (and I’m touching wood here) are not so frequent these days. I hope I have not scudded myself because I need to get home on time tonight! I have spent many nights over the last 26 years standing on dark platforms waiting for trains that were over an hour late or in some instances never arrived at all.

The longest wait had to be one Winter night many many years back. It was very windy and stormy and a tree had ‘allegedly’ fallen somewhere on the Larne line. Our conductor put us off the train at Whitehead promising that a bus would soon arrive to collect us and facilitate the continuation of our journey, as they could only go so far due to the fallen tree. We waited for around 45 mins to an hour, there was no bus but eventually another train pulled into the station. We wandered over and asked the driver and conductor if we could board the train, but were again informed that due to the ‘fallen tree’ they were going to the next stop and then coming back. Another 45 mins to an hour later, same thing happens, still no bus and at this stage the 20 – 30 of us who have essentially been abandoned are wondering if the next stop is our equivalent of the Bermuda Triangle as three trains have gone in yet none have made it back. Eventually after about 3 hours you figured out there was a large group of missing people and attempted to rectify the situation. Fortunately around the same time relatives had also realised they were missing loved ones and came to rescue us themselves. As bad as that night was, you gave us compensation and I made some really good friends so every cloud has a silver lining and all that.

Most of my gripes these days are around scheduling and what I perceive to be the preferential treatment offered to travellers in some of the stations closer to the big smoke.

The two stations I will use as an example journey are Glynn and Jordanstown, although it serves the same purpose for any station between Whitehead to Larne and Clipperstown to Yorkgate.

I am at present (without having to bore you with the whole story) challenged with regards to walking, climbing stairs, boarding trains etc, in a nutshell I can’t do them very well and am in pain most days. The same difficulties would be faced by someone in a wheelchair whilst trying to make the same journey, so I am making the point for them also.

So assuming I work in a 9 to 5 job, any of the trains I need to catch are express trains. They run all stops to Carrickfergus (which seems to be the entire centre of your universe) at which point they turn into an express and race all the way to Belfast Central station. Anyone for the stops in between has to disembark, change platforms, which means 2 flights of stairs and a short subway walk, then climb aboard a second train and restart the journey. Bear in mind all of this has to be done within 3 minutes while fighting your way through hoards of school children and college students. It’s carnage I can tell you. I don’t even attempt it any more, I stay on the train to Belfast then double back on myself to get the station I require.

The return journey is pretty much the same, only if you are not careful it requires three changes. I would personally wait at either Carrickfergus or Downshire for the connecting train as crossing the level crossing at Whitehead proves problematic for someone with difficulty walking and even more so for someone in a wheelchair. With the introduction of the new 6 carriage trains, you also have to make sure you are in one of the first three as if not, you will end up changing again when the train actually reaches Whitehead.

I pay a lot of money to travel, but feel that compared to others I am getting a second class service. Carrickfergus and Belfast are not the only stops on that line you know!
If I’m on a train and it’s delayed, it’s unfair to turn it into an express solely to facilitate those travelling to Belfast, I’m going to be late for my work as well, but you don’t seem to care about that!

It’s been nice to vent, however I don’t feel any better, but sure it was a great way to waste a lunchtime!

19 thoughts on “An Open letter to NIR” 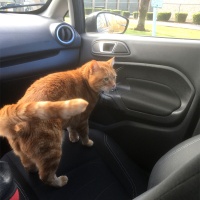 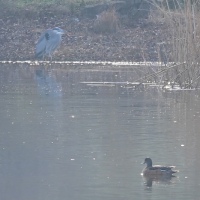 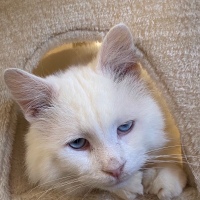