When I awoke I had a little trouble understanding why I was so groggy. I also had trouble remembering where I was and as I started to try and sit up and process what on earth was going on I saw a blue uniform advancing towards me and felt a hand gently pushing me back onto the bed. A voice asked if I needed a drink of water and I nodded, a straw was passed to my lips and a voice told me I was in a recovery ward after having surgery.

I drifted back to sleep.

I had no idea of time and I continued to drift in and out of consciousness. I kept being given drinks of water and could listen to the general hum of conversation all around me. I seemed to be in a large ward with lots of people in various states of recovery.

Eventually I was told I was being taken to my ward. Lots more corridors, whizzing overhead lights, smiling at people in lifts and probably still occasionally nodding off.

Bearing in mind my surgery had been scheduled for 9am it was late enough in the day, as not long after I arrived in the ward the hustle and bustle started for tea time. I’d not really eaten properly since the day of my accident, worry will do that to you and on top of that I had had to fast for the surgery but oddly enough I still didn’t feel that hungry. I was aware of the fact that I’d need to try and eat something so I accepted a little pot of ice cream.

I don’t remember  much else about that day. I was woken occasionally to have my blood pressure checked and to be given pain medication. I vaguely remember my Surgeon coming in to talk to the lady in the bed opposite me and then stopping to ask how I was on his way out. I asked him when the pain was going to stop, as the local anesthetic had started to wear off at that point.

I completely forgot to thank him for performing the surgery and the fact that I was still alive, I was in too much pain. Even the nurses came over and were nudging me and telling me how lucky I was to have him with exclamations of “Ooo isn’t he gorgeous”. It would be 3 months or more before I was actually able to see him in person and thank him.

After visiting time when my folks had left I was able to have a look around my ward. I was the youngest out of 6, the closest to me being 65, but she was good conversation and had had a similar kind of accident to me, only involving her arm and not her leg.

I’d never been in a hospital before, I had no idea of what to expect.  I also had no idea how to use a bed pan and the thought of asking for one terrified me, but I knew for sure that myself and Alien leg were not going to be able to walk there.In the middle of the night I had to call the nurse and believe me it was even harder than I had imagined, but somehow I managed.

I didn’t get much sleep that night, one of the old ladies kept calling out everytime she heard someone passing. She was calling for someone she knew, and kept shouting “Is that you, come here  I want to talk to you”. The nurses would come over and placate her saying shusssh it’s only one in the morning, shussh it’s only two in the morning and so it continued the whole night.

Shortly after 6 the ward was all business getting everyone washed for breakfast and the shift change, thankfully I was left alone and was able to drift in and out of sleep for an hour.

I’m not sure how I survived the few days leading up to surgery. I know I didn’t sleep very much. I had a lot on my mind.

My surgery was scheduled for Friday the 13th! I know, someone somewhere was having a great chuckle at my expense.

We had to leave the house at 5.30 that morning to ensure prompt arrival at the hospital for 7.30am. I was taken into an admittance ward and my parents were told they could not stay with me. I was actually calm, something that surprised me. I was practising my albatross breathing to try and keep my blood pressure as level as possible. Breathe in while imagining the wings of the great bird lifting, breathe out as they lower. Hey stop laughing, it actually works!

I was given a gown, and a sock and told to get changed. It’s almost impossible to keep your modesty in check when you’re on crutches, have no spare hands and your arse is hanging out of a blue gown that you can’t tie because the fastenings are at the back. The single white sock however was kind of fetching in it’s own way, it’s aim, to aid circulation I think.

Then in walked my surgeon. I am guessing he came to explain the procedure to me, I did not hear one word he said. I was to busy gazing upon his loveliness. I saw his mouth moving, but seriously that was all. Little words like, drill, holes, in, kneecap, suture and stitches may have filtered through the bird song and  fireworks I just can’t be sure. He then grabbed a marker and proceeded to draw an arrow on my foot. I’m pretty sure had it been anyone else but him I would have joked and said do you not know what leg it is ya eejit, I mean does the full leg cast not kind of give it away, but I said nothing. My sub concious was obviously smart enough to tell my brain, you’re going to be asleep and under his knife, shut the hell up!

Next came the anesthetist, lovely man he was, all jolly and smiley. He’d have put me right at ease if I hadn’t been already due to the aforementioned albatross exercises, to be honest I think I was a little giddy at this point from all the attention.

Anesthetist: Hello I’m Dr Anesthetist and I’ll be looking after you today.

Me: You’ll be putting me out, right?

Me: As in I will be asleep, right out, not aware, dead to the…..ummm reallly soundly alseep.

Anesthetist: You have no need to worry.

They come and tell me it’s time and start wheeling me through the corridors, into lifts and down into the  bowels of the hospital. I’m not ashamed to admit I cried. Watching all the ceiling lights go past I started to think of all the people I might never see again if I didn’t make it through, I was lonely, I wanted someone I knew to tell me goodbye and that they would see me later. The nurse patted my hand and told me it would be ok and right there and then that was the nicest thing anyone could have done for me.

The scenery changed and I was in a little annex off the theatre and the Anesthetist Nurse says she is going to put in a cannula, I think that’s what it’s called anyway. She says “You’ll just feel a little prick” and I swear I let out the loudest schoolgirlish giggle in the whole world and said “tee hee hee she said just a little prick” and they all started laughing. I went bright red, I think I muttered “Oops did I say that out loud! She carried on with what she was doing and it bloody hurt, “Ouch that wasn’t such a little prick after all!” says I.

My jolly anesthetist came back and started patting my hand and asking me questions, I heard him say she won’t need a mask. I remember turning to him and saying “Ooo my face has gone all tingly” and him replying that was perfectly normal, I remember nothing after that.

Never wear lounge pants that have a tendency to slide down as you walk, that’s all I am saying, they are detrimental to your health!

Last summer I was wearing a pair of said trousers and my toe of my right foot caught at the bottom and down I went, landing on, I can only assume a bent left knee. It all happened so quickly, I can’t really be sure how I landed but I knew I had done some kind of damage.

When I was younger my right knee had a tendency to dislocate as in I would turn and it wouldn’t, so I figured this was something similar. After about 5 minutes when I had stopped writhing around and the shock subsided I managed to get myself up onto my feet with relatively little pain, however when I went to step forward I realised I had no control over my leg, I couldn’t kick forward and there was a strange lump about  an inch up into my thigh when I bent my knee, I later learned this was my kneecap.

One trip to A&E later and I am in a full leg cast and all set for the Fracture Clinic the following Tuesday. At this stage I still had no inclination how serious my injury was, ignorance was bliss. 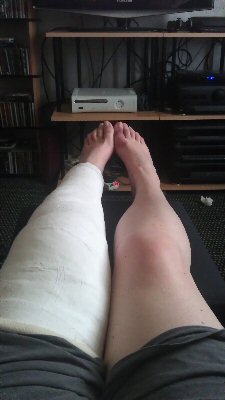 I’m 41 years old and I am lucky enough to be able to say that up until this point I had never been at a hospital in my life. I was fecking petrified, I’m pretty sure my blood pressure was through the roof and every part of me hurt from trying to haul myself around on crutches. It is sooooo difficult, I used to scowl at people who made it look easy.

7 Hours later I am leaving the Fracture Clinic, my cast is split but bandaged together, the Dr  has said I can weight bear on the leg as I have already done the damage, but I have to go for Surgery on the Friday to fix what I now know is a ruptured patellar tendon.

So back to the title of this post, I affectionately named my left leg Alien Leg or AL for short as it no longer felt like my own.

I want to document what happened to me, so that I can look back and remember, but as you read this keep in the back of your mind that I am fully aware how lucky I am that I can still walk and my injury while traumatic for me was not life threatening. My heart goes out to anyone who has to experience anything like this or worse, it is not an easy road to travel! 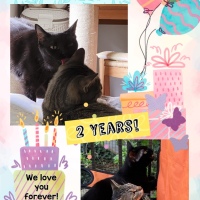 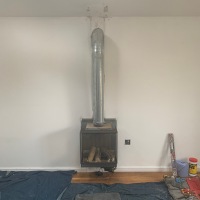